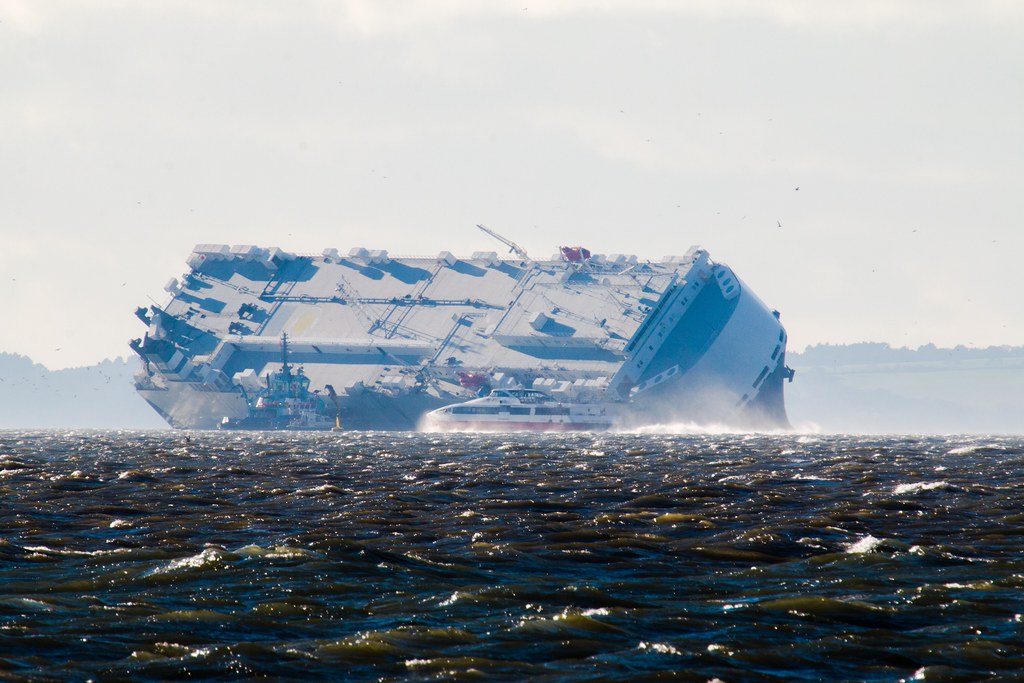 The annual Bramble Bank cricket match takes place in the middle of the Solent, off the south coast of England, on a

triangular sandbar.  It is played between the Royal Southern Yacht Club of Hamble in Hampshire and the Island Sailing Club from the Isle of Wight.

Through most of the year, the Bramble Bank forms a patch of shallow water, posing a threat to the shipping using the busy strait.  Indeed, here have been numerous incidents, over the years, of ships running aground here. However, once a year, it is sufficiently revealed to give a 1-hour window to allow the match to take place.  This is typically August or early September.

Since the 1950s, players and spectators from both sides of the Solent have studied tidal charts to calculate when the bank will surface.  They

then take a flotilla of around a dozen boats, with all the necessary equipment, before setting up stumps.

The exposed bank offers a narrow, uneven, puddle-filled pitch for the teams to play.  The match then takes place with a sense of comic fun.  Fielding can be particularly entertaining to watch as some stand beyond the exposed bank, wading through the water.  Children often take part to assist the teams.

After an hour has elapsed the tide rises to the point that the match must come to a conclusion.  The drenched players, spectators, stumps, hampers and wine glasses return to the boats.  The winning team is predetermined, as the two clubs take turns to be declared the victor.

This unique sporting event is more of a great social occasion than a serious match.  Despite its location, it manages to attract a few hundred spectators every year and has featured on several TV shows, due to its quirky nature.