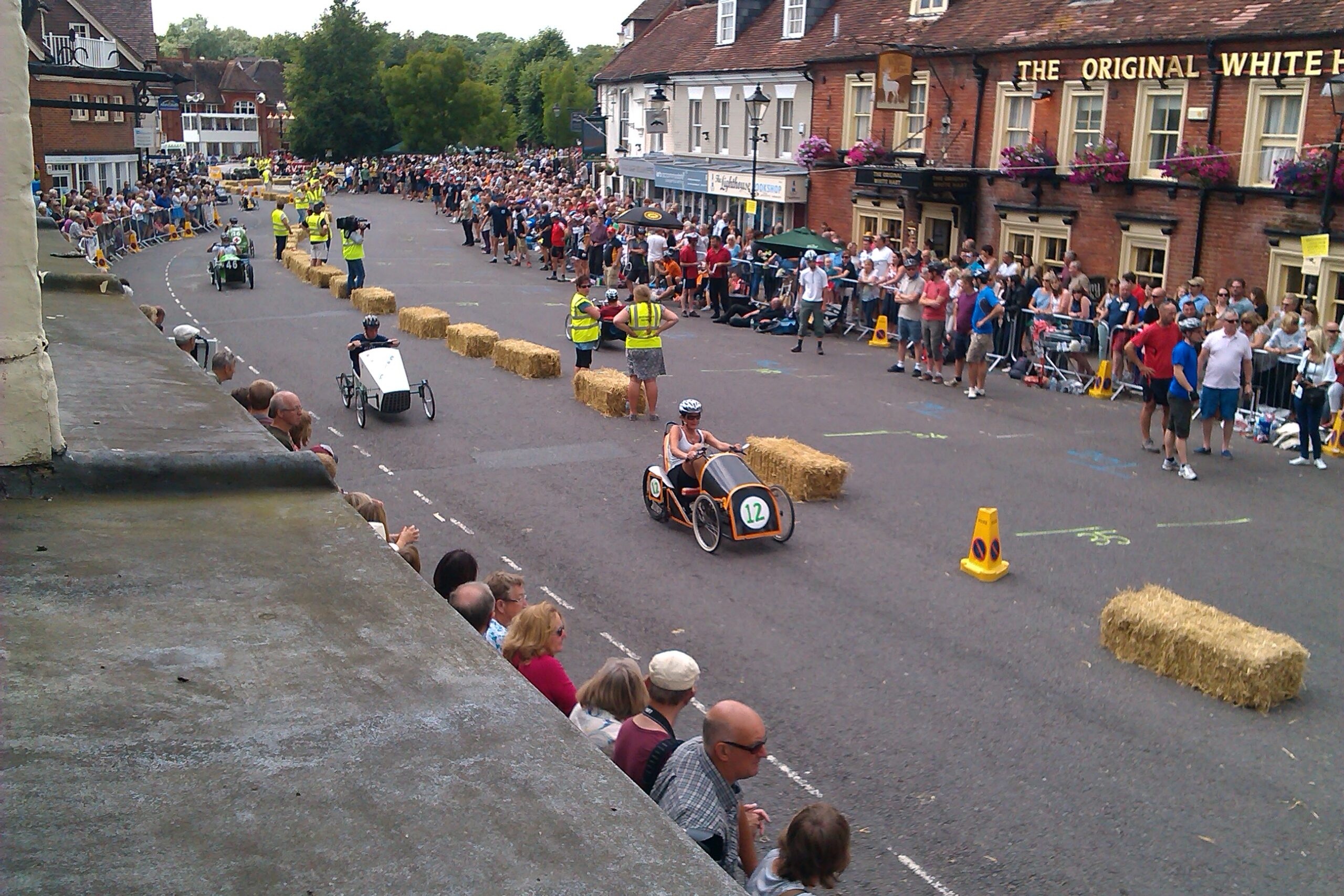 The British Pedal Car Grand Prix has taken place in Ringwood, Hampshire since 1987 and has steadily grown in popularity.  The race now attracts thousands of spectators and has featured in several TV programs. Originally it was an annual race, alternating between Ringwood and Pont Audemer, Normandy, France, being twin towns.  This ended in 1995, Ringwood then alternated with New Milton, Hampshire for several years.  It is now held biannually, solely in Ringwood.

The race usually takes place on the second Sunday in July.  Starting at 3pm, it is a 2-hour endurance race around the closed off streets of the town centre.  Teams from across Britain and even Europe have previously entered.

The pedal cars vary greatly in design, but the general standard has noticeably improved over the years.  Serious racers come with competitive, light and aerodynamic cars, while others bring a more ‘fun’ element to their designs to entertain the spectators. Each car has a team of up to 4 pedallers who can change over as many times as they wish.  Most change every one or two laps.  The author has previously taken part in a ‘fun’ car, in the race and can report that even one lap can feel a very long way!

Aided by the safety marshals, spectators are able to walk around the whole course to fully watch the drama unfold. Pit lane viewing is always a particularly popular vantage point as this area can get chaotic!  The narrow high street leading to the market place is also a popular spot.  The upstairs windows of the pubs and restaurants offer a great bird’s eye view.

Spectators are further entertained and informed by a broadcasted running commentary (in an excited Murray Walker style), which can be heard all around the circuit.

Local businesses sponsor the event and the money raised is donated to selected charities, chosen by the Pedal Car Committee.